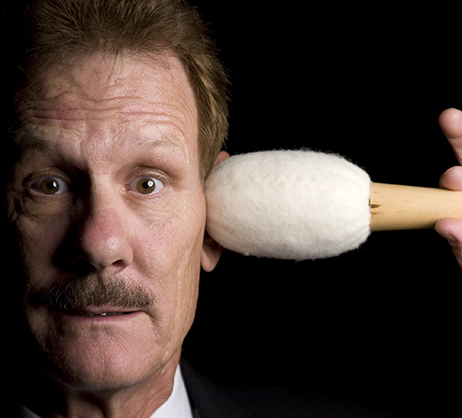 Christopher Williams became the Baltimore Symphony Orchestra’s Principal Percussionist and Assistant Timpanist in 1978.  He earned his Bachelor of Music degree in Music Education from the University of Delaware where he studied with John Soroka.  He earned his Master’s of Music degree from the University of Michigan under the tutelage of Charles Owen.  Mr. Williams has been a soloist with the Baltimore Symphony and the Baltimore Chamber Orchestra as well as the recipient of the 1987 Delaware Distinguished Alumni Award.  In 2005 he went on tour to Europe as a soloist with the Baltimore Symphonic Band under the direction of Christopher Wolf, highlighted by the fact that two of his sons performed along side with him.

Mr. Williams has been an active participant in the BSO’s Arts Excel Program where he has presented several different curriculum based programs utilizing percussion instruments.  He was a featured performer in the acclaimed March 1996 youth concert, “Music Talks.”  He continues presenting his programs today with the “BSO On The Go” program.  Since 2002 Mr. Williams has been a faculty member of the Asian Youth Orchestra, traveling to Hong Kong in the summer to coach the percussion section.

When not performing with the BSO, Mr. Williams enjoys his many outdoor activities which include tennis, skiing, boating and riding his “Harley.”  He also cherishes his time with his family which includes his five grand children.