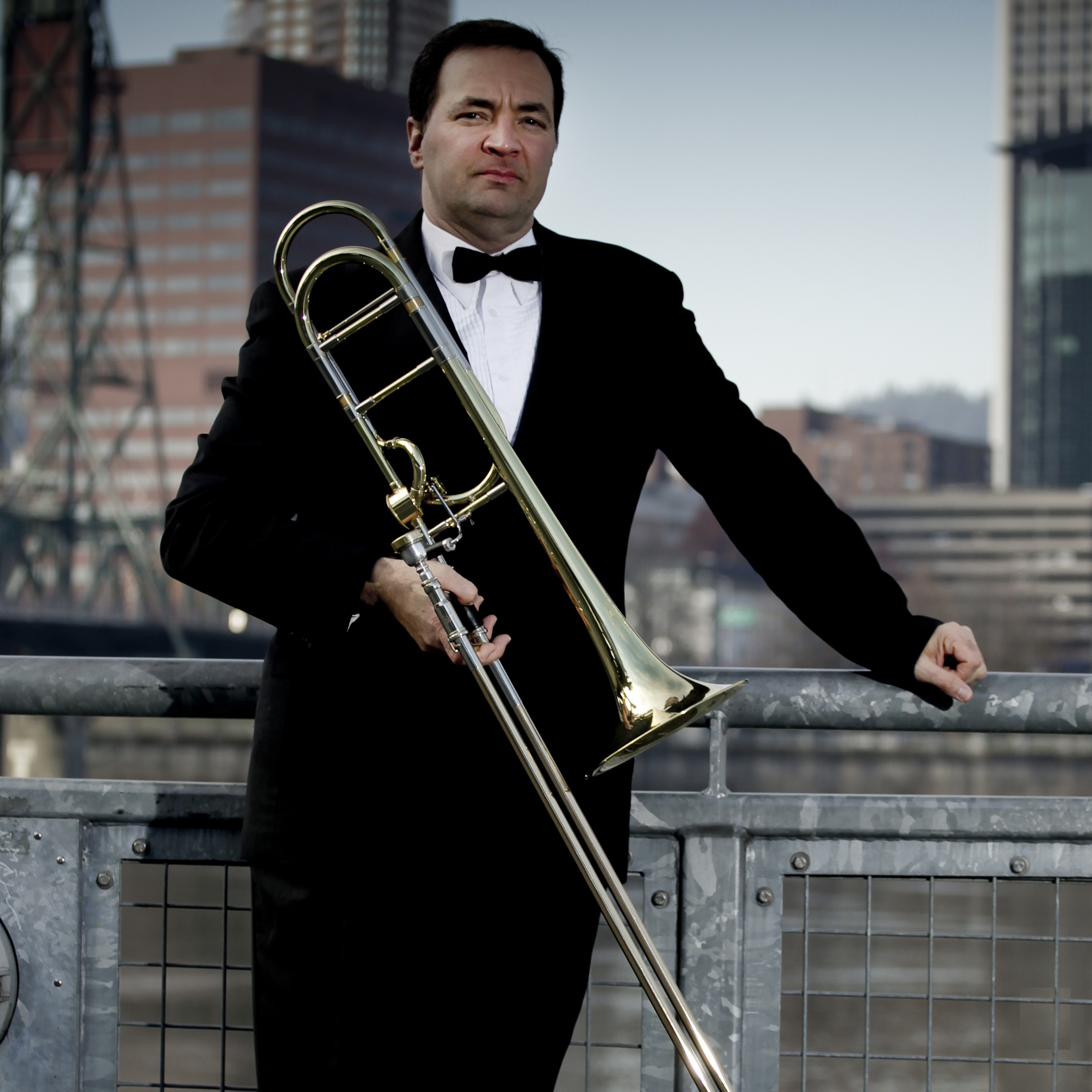 A Schilke Performing Artist and member of the American Federation of Musicians, Cloutier is currently Acting Second Trombone of the Baltimore Symphony Orchestra, and Principal Trombone of the Grant Park Orchestra—an ensemble dedicated to presenting summertime free classical music concerts in the heart of Chicago.

The venues in which he has performed rank among the top concert halls in the world, including Symphony Hall in Boston, Carnegie Hall, Usher Hall in Edinburgh, the Proms (Royal Albert Hall) in London, Tivoli in Copenhagen, the Berlin Philharmonic Hall, and Suntory Hall in Tokyo.

In addition, he has performed on Broadway in a revival production of Peter Pan starring Cathy Rigby, and off-Broadway (at age 15) in a production of Claude McNeal’s Rise and Fall of the Andrews Sisters.  Cloutier’s discography is equally impressive: CDs with Thomas Hampson (Copland, Old American Songs), Bobby McFerrin (“Paper Music”), the Minnesota Orchestra (Stravinsky, Rite of Spring), the Saint Paul Chamber Orchestra (Haydn, The Seasons), the Plymouth Music Series (Ethel Smyth, Mass), the Grant Park Orchestra (Colgrass, Snow Walker, Kurka, Orchestral Masterpieces, and most recently The Pulitzer Project), and the Oregon Symphony (Aspects of America).

A gifted pedagogue and sagacious researcher, Cloutier received his Bachelor’s Degree in Music from Northwestern University, his Master’s Degree from Carnegie Mellon University (where he was elected to the Theta Xi Chapter of Pi Kappa Lambda), and the Doctorate of Musical Arts from West Virginia University. He has been on the faculties of Northwestern College, Macalester College, Seton Hill University, Slippery Rock University, the University of Tennessee, and George Fox University.

He has held masterclasses throughout the country, presented scholarly papers on Aaron Copland and Gustav Mahler, and his Doctoral Dissertation—“Ludwig van Beethoven’s Orchestration of the Trombone”—was a finalist in the 2010 ITEA Clifford Bevan Award for Excellence in Research.

Equally comfortable as a soloist, aside from innumerable solo recitals nationwide, Cloutier has performed solos with the New Orleans Symphony, the Wheeling Symphony Orchestra, and the University of Tennessee Wind Ensemble.

His first solo CD—Sideways Glances for Solo Trombone and Synthesized sounds—was released in 2016 to critical acclaim such as, “[Cloutier’s] clarity in articulation, the crystal-clear legato, and evenness of his sound throughout the whole range of the [instrument] is nothing short of masterful.”  He is a strong proponent of new compositions for solo trombone: in addition to his premiere of Sideways Glances by Kenneth A. Jacobs, he premiered Dance to the Music of Time by Wesley Ward in 2004, and Precipice by Stephen Taylor in 1991.

A sometime composer himself, Cloutier has written two trombone quartets, one brass quintet, and one short work for brass choir.  His arrangements of existing works for trombone quartet, trombone choir, and brass quartet are too numerous to list.

In his limited spare time, when he is not practicing, Cloutier pursues musicological research, hiking, yoga, birdwatching, and domestic lumberjack activities.