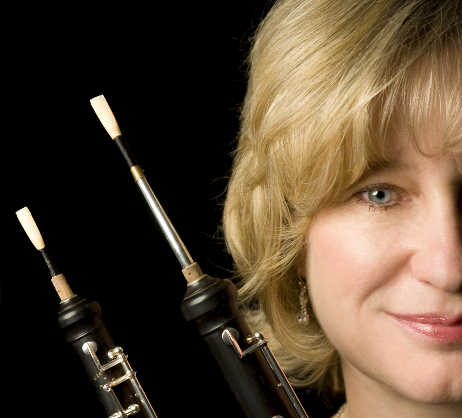 Jane Marvine joined the Baltimore Symphony Orchestra as second oboe in 1978 and was appointed to solo English horn position by Yuri Temirkanov in 2000. In addition, she has performed as acting assistant principal oboe with the BSO for extended periods.

A native of the Chicago area, Ms. Marvine began playing oboe at the age of ten and was fortunate to grow up in a public school system with an outstanding music program. After three years in the Chicago Youth Orchestra and summers at the National Music Camp of Interlochen Michigan, she was accepted to the Interlochen winter academy. She majored in composition while playing principal oboe in the Interlochen orchestra and graduated from the Interlochen Arts Academy with achievement awards in both.

Ms. Marvine concurrently plays principal oboe, oboe d’amore and English horn with the Baltimore Choral Arts Society Orchestra and frequently performs chamber music with her colleagues in the BSO. With the BSO, she has been a featured soloist on oboe, oboe d’amore and English horn. She has presented solo recitals and master classes at the Peabody Conseratory, Towson University, the Shenandoah Conservatory, Interlochen Arts Academy and Arts Camp in addition to having been a guest artist for the International Double Reed Society. Having previously taught at Catholic University, Towson University and Essex Community College, she is currently a member of the oboe faculty at the Peabody Institute of the Johns Hopkins University.

Ms. Marvine has spent almost all of her years with the Baltimore Symphony as a player representative and is currently serving on the Artistic Advisory Committee. She also serves as Program Advisor for the BSO Academy.