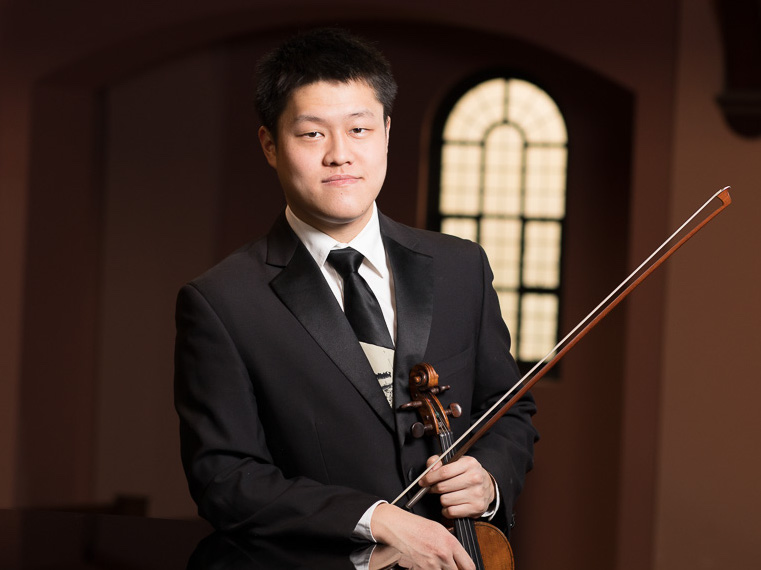 Zheyang "Jerry" Xiong was born in Guangzhou, China in 1995 and began playing the violin at age four, studying with Mr. Yinglong Gu and Professor Wei Wei at Xinghai Conservatory of Guangzhou. In September of 2014, He enrolled at Oberlin College and Conservatory as a chemistry major student and soon afterwards became a double degree candidate, studying violin with Prof. Marilyn McDonald. After graduating from Oberlin College and Conservatory in 2019, Xiong entered University of Southern California Thornton School of Music, and there he became a violin student of Prof. Glenn Dicterow.

Recent awards include appearance with pianist Alessandro Deljavana in the Schubert C major Fantasy as well as being a featured soloist with Oberlin Orchestra in Bartok Violin Concerto No. 2. He also declared the winner of 2017-18 Oberlin Concerto Competition and the semi-finalist of Ann and Charless Eisemann International Young Artist Competition of 2018. Xiong was concertmaster of the Colorado College Summer Music Festival Orchestra and also appeared in that position with the Oberlin Orchestra. Upon joining the Thornton Symphony Orchestra, he has been selected as one of the rotating concertmasters. He was also an active participants in many summer institutes including Music Academy of the West in 2018.

Xiong also studies the baroque violin with Prof. Marilyn McDonald and has appeared as soloist with the Oberlin Baroque Orchestra. One of his interests is performing music from the baroque and classical period music on original instruments.