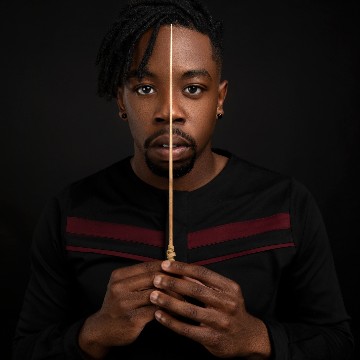 Rush has served as Music Director of the Buckeye Philharmonic Orchestra, an orchestra on the campus of The Ohio State University. In 2017, he became the conducting fellow for the Baltimore Symphony Youth Orchestras, and in 2018, Rush was also named a Project Inclusion Conducting Fellow with the Chicago Sinfonietta, which was followed by an appointment to Assistant Conductor in 2019. He made his international conducting debut with the Nairobi Philharmonic Orchestra and Dance Centre Kenya. As the 2018 winner of the Respighi Prize in Conducting at age 22, Rush made his professional orchestra debut with the Chamber Orchestra of New York in Carnegie Hall.

Rush received a Bachelor of Music Education degree from The Ohio State University and a Master of Music degree in Orchestral Conducting from the Peabody Institute of the Johns Hopkins University.