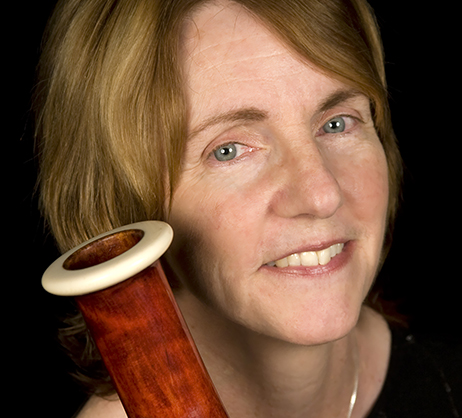 Assistant Principal Bassoonist of the Baltimore Symphony Orchestra, Julie Green Gregorian is a native of Cortland, New York where she was introduced to the bassoon at the age of thirteen.  Her first bassoon teacher was the late Ithaca College professor Edward Gobrecht Jr., a former member of the Baltimore Symphony.  Ms. Gregorian came to Baltimore from Temple University where she earned a Master’s in Music degree under the tutelage of Bernard Garfield, retired Principal Bassoon of The Philadelphia Orchestra. Her tenure has included several years of serving as acting principal bassoon in the BSO.

An experienced teacher, Ms. Gregorian is on the faculty of the Baltimore School for the Arts as well as the BSO Academy. Previously academic appointments include Catholic University and Ithaca College. Julie has served as a judge and performer at the Meg Quigley Vivaldi Competition and Symposium where she was praised for her "beautiful expressive sound" and "thoughtful performance."

Locally she has been featured in concerts at the Second Presbyterian Concert Series, Central Presbyterian, Chamber Music on the Hill in Westminster, and Sundays at 3 in Columbia. She also cofounded the Glyndon Chamber Players with her husband, BSO double bassist Arnold Gregorian. The GCP have given concerts at historic Emory Grove and St. John's Episcopal Church in Glyndon, in Frederick and in Germantown, Maryland.

The Gregorians are active members of Historic Glyndon where they live in their 104 year old Victorian home.

Julie and Arnold are the proud parents of three grown children and have two granddaughters. While making bassoon reeds, Julie enjoys talking on FaceTime to her daughter Ani who is the principal oboist of the Hyogo Performing Arts Center Orchestra in Nishinomiya, Japan.

Ms. Gregorian preforms on a vintage Heckel bassoon dating from 1930.