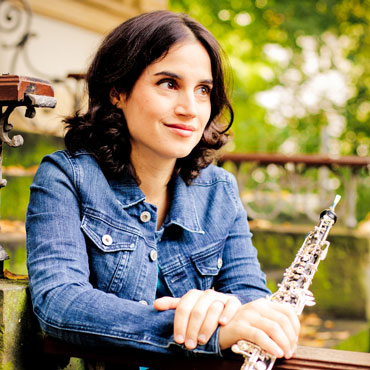 Ms. Needleman is a founding member of the oboe trio Trio La Milpa, the first American chamber ensemble to perform in Greenland; the woodwind quintet Astral Winds; and Mico Nonet, an improvisational ambient chamber music ensemble involving colleagues from the Berlin Philharmonic, The Philadelphia Orchestra, Richmond Symphony and 1970’s synthesizers. Ms. Needleman’s other chamber music engagements have taken her to Carnegie Hall, Weill Recital Hall and the Metropolitan Museum in New York; Jordan Hall and the Isabella Stewart Gardner Museum in Boston as well as the Freer Gallery in Washington D.C. She has appeared at the Verbier Festival in Switzerland, Italy’s Spoleto Festival, the Alpenglow Festival, and the Newport Music Festival. A participant at the Marlboro Music Festival, she has also appeared on two tours with “Musicians from Marlboro.”

Devoted to the music of our time, Ms. Needleman has premiered numerous works and has commissioned works by Luis Prado, Chia-Yu Hsu and David Ludwig. She gave the American premiere of Brenno Blauth’s Concertino. She recorded Christopher Rouse’s Oboe Concerto with the Albany Symphony and David Alan Miller (release TBA), and gave the West Coast Premiere of the work with Marin Alsop at the Cabrillo Festival.

A Baltimore native, Ms. Needleman attended high school at the Baltimore School for the Arts but left early to attend the Curtis Institute of Music, where she received a bachelor of music degree as a student of Richard Woodhams. Ms. Needleman is on the faculty of the Curtis Institute of Music’s Young Artist Summer Program. She has released a solo album with pianist Jennifer Lim on the GENUIN label.