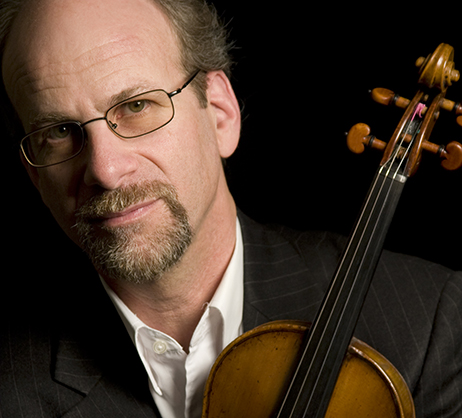 Shortly after obtaining his Bachelor of Music degree from the Indiana University School of Music, Kenneth Goldstein became a member of the first violin section of the Baltimore Symphony Orchestra in 1980.  During his studies, his primary teachers were the late and esteemed Josef Gingold and Franco Gulli.

In addition to his regular schedule of concerts with the BSO, Mr. Goldstein performs frequently throughout the greater Baltimore-Washington area as a soloist, chamber musician and Concertmaster.  Since 1995, he has been Concertmaster of both the Baltimore Choral Arts Society Orchestra and the Maryland Philharmonic Orchestra.  Recent Concertmaster solos with the Baltimore Choral Arts Society have included Beethoven’s Missa Solemnis and Bach’s St. John’s Passion, garnering adjectives such as “radiant” and “stellar” from the Baltimore Sun.  In 2004, Mr. Goldstein stepped in as Concertmaster for the Baltimore Symphony Orchestra on several occasions, including concerts for both the Summerfest and Pops series.  He also served as Concertmaster for the “New Millenium Concert” at the Lincoln Memorial in 2000 and more recently for the Strauss Symphony of the Americas, “Salute to Vienna” concert a the Kennedy Center.

Solo appearances with various orchestras in addition to the BSO have involved performances of concertos by Beethoven, Bruch, Mozart, Mendelssohn, Saint-Säens, and Korngold as well as many shorter works for violin and orchestra.  Some of his more recent chamber music engagements have been “Sundays at 3” and the “Chalice” series in Columbia,  for the National Musical Arts in Washington, Summerfest at the Meyerhoff, Frederick Community College, the 2nd Presbyterian Church in Guilbord, and at the Cylburn Mansion where he is part of the Cylburn “Trio in Residence.”  In 2008, Mr. Goldstein will be adding the University of Baltimore Chamber Music Series to his concert schedule.