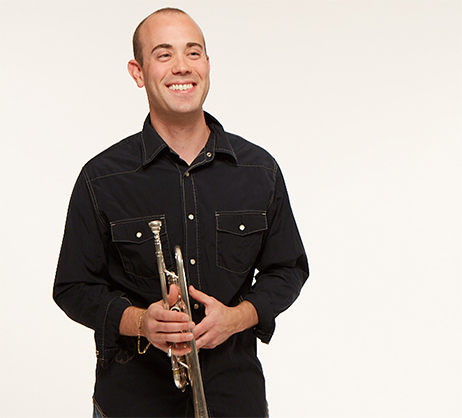 Nathaniel Hepler joined the Baltimore Symphony Orchestra as Second Trumpet in 2013.  Growing up in Malvern, a suburb of Philadelphia, Nate began playing trumpet in his school band program at age 9 and began private instruction with Kenneth Laudermilch at age 11. He attended Philadelphia’s prestigious Curtis Institute of Music, earning a Bachelor of Music while studying with Frank Kaderabek and David Bilger. He then attended the Manhattan School of Music, studying with Mark Gould and earning a Master of Music degree.

Before joining the Baltimore Symphony, Nate enjoyed an active schedule as a freelancer and teacher primarily based out of Philadelphia, while serving as Principal Trumpet of the Sarasota Opera and Second Trumpet of Symphony in C (formerly the Haddonfield Symphony). He has performed with many orchestras, including the Utah Symphony, the Grand Park Orchestra, the IRIS Orchestra, the New World Symphony, United States Military Academy Band at West Point, and numerous Pennsylvania based groups such as the Opera Company of Philadelphia, the Chamber Orchestra of Philadelphia, Pennsylvania Ballet, and the Harrisburg Symphony. He has attended numerous music festivals including three years with the Spoleto Festival USA, the Festival Dei Due Mondi (Spoleto Festival Italy), the Music Academy of the West, the National Repertory Orchestra, the Aspen Music Festival, invited as Co-Principal Trumpet of the Santo Domingo Music Festival, three years as Principal Trumpet of the Artosphere Music Festival, and five summers with the Verbier Festival in Switzerland, including three with the Festival Chamber Orchestra. As a soloist, Nate has performed Tartini’s Concerto in D, Copland’s Quiet City, Fasch’s Concerto in D, and Bach’s Brandenburg Concerto No. 2.

Nate is currently adjunct faculty at Temple University and continues to enjoy an active schedule of teaching, performing chamber music, and arranging music for his own company, Valley Music Press.