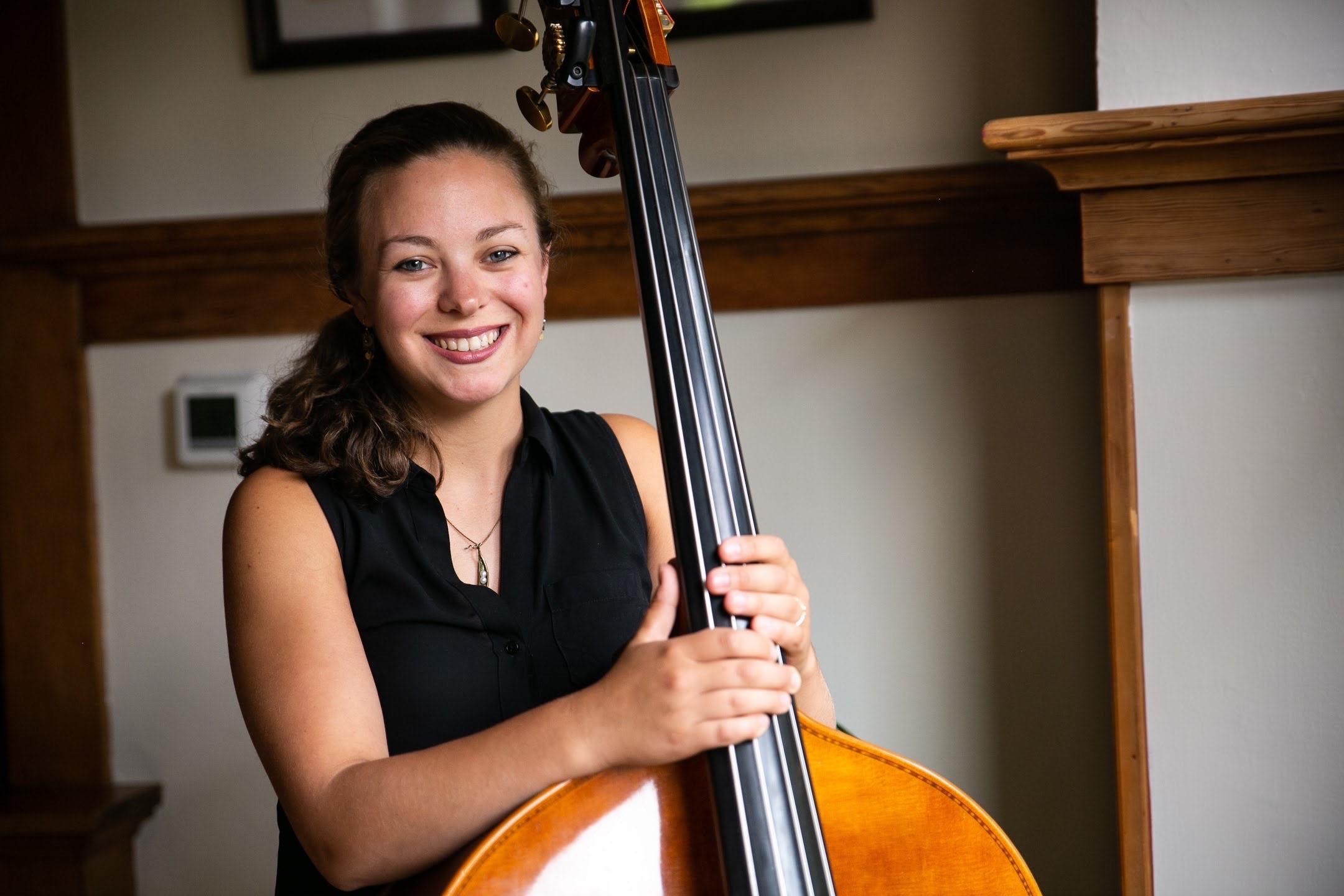 Nina began playing the bass at the age of eight studying with George Vance, the renowned young bassist pedagogue. Through Vance, Nina worked closely with the virtuosic François Rabbath throughout the beginning of her bass studies. Other early influences include Ali Yazdanfar, Ira Gold, and Hal Robinson. As a young bassist, Nina competed in the International Society of Bassists' competitions, winning first place in both the Under-14 and 15-18 age divisions. Later on in her career, she won first place in the UT Bassfest competition and the River Concert Series Concerto Competition, which led to a performance of the Vanhal concerto with the Chesapeake Orchestra.

In 2010, Nina began her studies at Rice University with Paul Ellison and graduated with a Bachelor in Music Performance degree in 2014. During her time at Rice, she attended several summer programs and festivals, including Tanglewood Music Center, Sarasota Music Festival, Moritzburg Festival Academy, Wabass Institute and Domaine Forget Academy. In 2012, Nina was awarded Rice University's Wagoner Fellowship to spend the summer in Paris, studying intensively with François Rabbath. Continuing to cultivate her solo playing throughout her studies, Nina represented the Shepherd School with a solo performance at the Kennedy Center as a part of the Conservatory Project.

Later in 2014, Nina won a section bass position with the Oregon Symphony and moved to Portland, Oregon to begin her first orchestral job. During her time in Portland, she performed with the Seattle Symphony and the Oregon Bach Festival, as well as performing frequently as a chamber musician with Third Angle New Music, 45th Parallel, and Classical Up Close. In addition to her performing career, Nina is passionate about teaching, both through her private studio and appearing as faculty at the KC Bass Workshop, the Twin Cities Bass Camp, and the Rabbath Institute Los Angeles.

In 2019, Nina won an audition for the Baltimore Symphony and is honored to be joining the bass section in September of 2020.