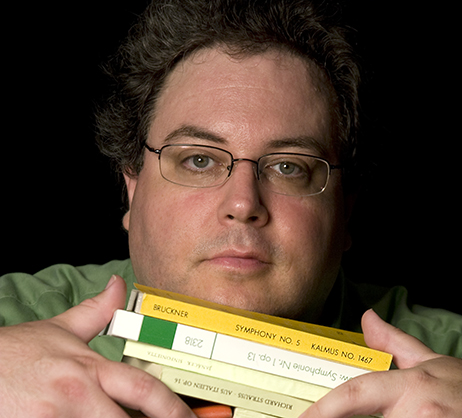 After a year on the faculty of the Baltimore High School for the Arts, he joined the faculty of the Peabody Conservatory in 1986, where he teaches the bass trombone. He was also an original faculty member of the National Orchestral Institute in College Park, Maryland. He has appeared in recitals and given master classes at the International Trombone Workshop and the Eastern Trombone Workshop. As a college student he was the recipient of two scholarship award competitions sponsored by the International Trombone Association: the I.T.A. award and the Yaxley Scholarship.

His musical studies began at Florida State University where at the age of sixteen, he was a member of the Jazz Ensemble, making appearances at jazz festivals throughout the Southern states--under the direction of Bill Kennedy. At FSU he studied with William F. Cramer and John Drew, with special studies with Paul Ebbers. He won the FSU concerto competition in 1984 performing the Concerto for Tuba by Vaughan Williams. At the Peabody Conservatory he studied with Douglas Yeo (his predecessor in the BSO), with additional studies under Eric Carlson and James Olin.

Born on his family’s walnut orchard in the San Joaquin Valley outside Stockton, California, he was raised in the humid paradise of Tallahassee, Florida. He interrupted his musical education to serve two years as a Spanish-speaking missionary for the Church of Jesus Christ of Latter-day Saints in Houston, Texas. He and his wife Olga, a yoga teacher, have two sons, Dominik and Rafael.