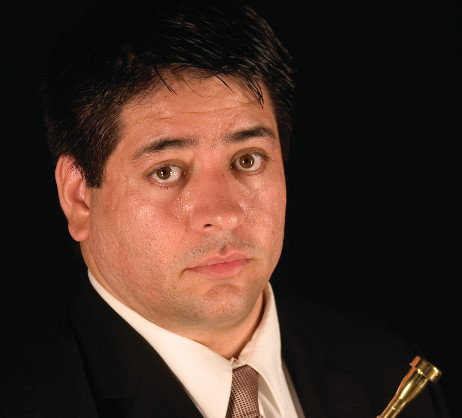 A native of San Diego, California, René Shapiro is as comfortable in his role as Assistant Principal of the Baltimore Symphony Orchestra as he is as a soloist, teacher or chamber musician.

His skills as an orchestral musician have taken him around the United States and to more than a dozen countries with such orchestras as the Boston Symphony, the Boston Lyric Opera, the Boston Philharmonic, the Colorado, New Hampshire and Albany Symphony Orchestras, the International Symphony in Jerusalem, the Orquesta Sinfonica de Galicia in Spain, the Orquesta Sinfonica del Estado De Mexico, and the Orchestra Sinfonica di Milano in Italy where he met his wife Silva.  In addition to Maestro Yuri Temirkanov, a few of the notable conductors with whom Mr. Shapiro has worked are Simon Rattle, Michael Tilson Thomas and Lorin Maazel.

When not on stage, René Shapiro can often be found in the kitchen preparing one of his delicious non-musical creations.