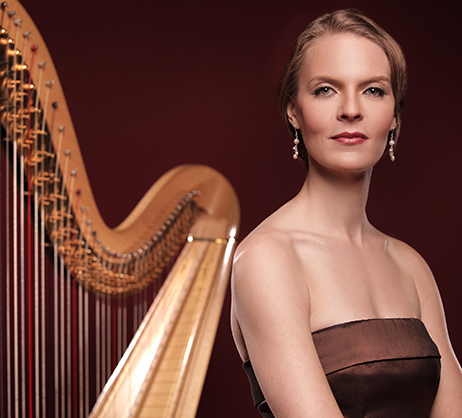 Sarah Fuller has been acting as principal harpist with the Baltimore Symphony Orchestra since 2007. Additionally, she is the principal harpist with the Delaware Symphony Orchestra. Her playing has been hailed by the Baltimore Sun as both "refined" and an "impressive flash" which "stood out" from the orchestral texture and the Delaware News Journal described her solo Debussy performance as "exquisite.”

Outside of the orchestra, Ms. Fuller leads an active musical life. As a soloist she has performed concerti by Debussy, Ravel, and Mozart with the Delaware Symphony Orchestra and as a chamber musician she frequently performs on series such as Chamber Music by Candlelight in Baltimore. She also collaborates with notable groups such as the Philadelphia contemporary ensemble, Network for New Music (with whom she has made several recordings including two world premieres) and Dolce Suono. In January, 2009, Ms. Fuller was the solo artist on an evening of harp music for the Delaware Symphony's Champagne Chamber Series, which was broadcast on Philadelphia's NPR station WHYY.

A native of Philadelphia, Ms. Fuller holds a master’s degree in music from Indiana University and studied at the New England Conservatory and the Royal Conservatory of Music’s Glenn Gould School for her bachelor’s degree.

Ms. Fuller has been on the faculty of the University of Maryland since 2011 and in the summers teaches at the National Orchestral Institute.

Sarah will be joining the Baltimore Symphony Orchestra as a guest musician for the 2018-19 Season.