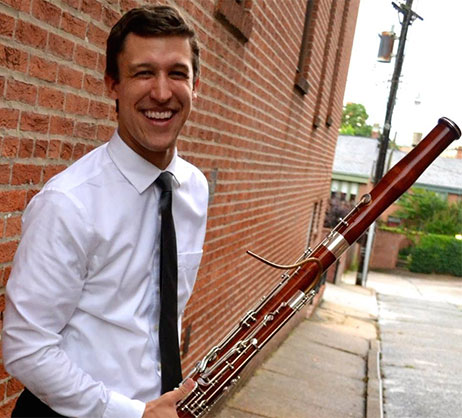 Schuyler Jackson has performed with the BSO since 2014. He earned a Bachelor’s degree from The Hartt School at the University of Hartford in 2013, and joined the BSO while still a graduate student at Manhattan School of Music. While pursuing his degrees, Jackson was selected as a bassoonist for the National Repertory Orchestra, New York String Orchestra Seminar, Norfolk Chamber Music Festival, and National Orchestral Institute.

Jackson frequently works with young musicians through his own private bassoon studio, as well as through the BSO’s OrchKids and Music Box programs. Jackson has given masterclasses at the University of Maryland, The Hartt School, and the BSYO. Jackson’s primary teachers include Marc Goldberg, Roger Nye, Rebecca Noreen, Judith Buttery, James Lotz, and Hunter Thomas.