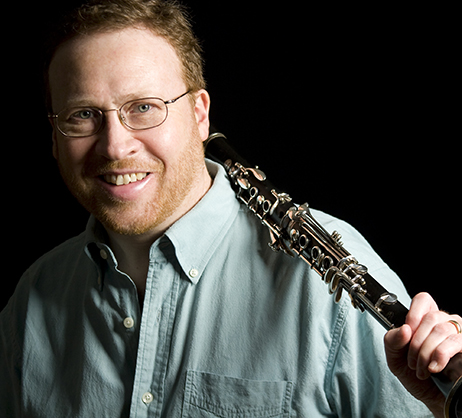 William Jenken joined the Baltimore Symphony Orchestra as second clarinetist in January of 1998. He is originally from northern Alberta, Canada and has been a member of several orchestras in that country over the years. Most recently, he spent eight and a half years (1989-1998) as Assistant Principal Clarinetist and Bass Clarinetist with the Vancouver Symphony Orchestra under Music Director Sergiu Commissiona in British Columbia where he was also an active teacher and chamber musician. He has performed as soloist with several orchestras including the Copland Clarinet Concertowith Baltimore Chamber Orchestra as well as with Peter Minkler in a movement of the Bruch Double Concerto for Clarinet and Viola with the Baltimore Symphony. More recently, he performed Mozart's Sinfonia Concertante for Winds with the Baltimore Symphony along with other BSO members. While in Vancouver, he was a member of the Curio Chamber Ensemble, performances of which were broadcast nationally. In Maryland, he has been an active Chamber Musician, performing often with other musicians in many different series including Columbia's Sundays at Three, An Die Musik, The Chalice Series, and he has been a frequent performer in the BSO's Music by Candlelight series at the Second Presbyterian Church in Baltimore. He has also performed in several BSO Chamber Concerts including Schubert's Shepherd on the Rock with soprano Janice Chandler-Eteme and pianist Eric Conway.