Professional musicians face a myriad of potential problems when traveling with their instruments. Should they carry instrument cases onto the plane or check them? How should they be packed? And, for heaven’s sake, they’d better not forget to remove pairs of pliers or other tools, bottles of cleaning fluid or reed knives before going through X-ray machines.

Part of the problem is that airlines have their own policies when it comes to handling instruments. Some allow musicians to purchase extra seats for their cellos or bassoons. Others insist on stowing instruments in closets or checking them when a flight is full. And a lot depends on the size of the plane.

The process was supposed to have been smoothed out in 2012 when Congress included language in the Federal Aviation Modernization and Reform Act standardizing rules for storing instruments in flight, based on size and weight. But two years later, and more than a month past its February 2014 deadline, the U.S. Department of Transportation hasn’t even started working on the mandate. (Even typically pokey members of Congress are upset about it, as you can read in this letter addressed to transportation head Anthony Fox.)

Meanwhile, the International Air Transport Association, the trade association for the world’s airlines, isn’t complaining. As it was recently reported in the Economist, the association’s stand is that carriers should remain free to set their own prices and policies for onboard musical instruments. Budget-minded airlines, of course, are unlikely to go out of their way to accommodate musicians. 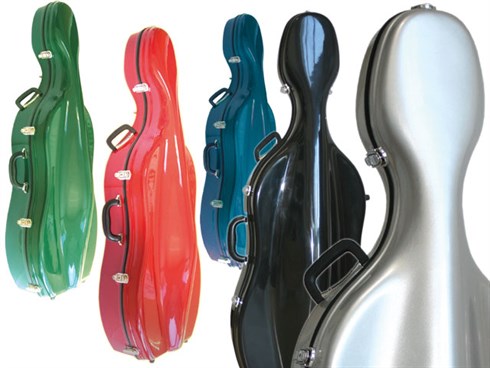 It’s worse in Europe where policies vary not only by airline but by country.

Musicians can leave a country on a flight where one regulation applies to instruments, only to find the rules on the return leg are different, according to the Musicians Union of Britain. The European Parliament recently passed a bill requiring airlines to accept smaller instruments like violins in the cabin, and now its fate will be determined by the European Council, which represents EU governments.

In 2010 BSO cellist Kristin Ostling made headlines the world over when she and her cello were detained for eight hours at Heathrow Airport. [Read her story here.] Ostling’s case was made more complicated by the fact that she was being held for visa violations. (She and her quartet were invited to play at a non-paying symposium at Leeds University, which immigration authorities considered “work.”) Still, Ostling believes she may have been able to avoid the incident if she had been carrying something more discrete, like a violin or viola. “Violins and violas look like a briefcase or a computer case” she says. “They don’t set off any red flags, but a cello, you can’t get away with that.”

Ostling says she routinely books a separate seat for her cello, something that sometimes prompts extra questions from authorities. “People either know exactly what it is and exactly what’s going on or you have to spend five hours trying to explain it. It seems to be one or the other.”

The TSA hosts its own webpage with guidelines for musicians traveling with their instruments. String players are permitted to bring their instruments as carry-ons—as long as they meet carrier-size limitations. Brass players must pack their instruments in checked luggage. And if you’re thinking of checking your bassoon or double bass, you should add at least an extra 30 minutes to the airline’s recommended arrival window. (Some airlines will allow musicians to transport double basses as carry-ons—but only if they purchase an extra first class seat!)

Horror stories of musicians having their instruments trashed by careless flight attendants and baggage handlers are legion.

Last year, the renowned pipa virtuoso Wu Man was flying from Philadelphia to New Haven to play with the Kronos Quartet. When her Chinese lute wouldn’t fit in the overhead compartment on her USAirways flight, an attendant offered to stow it in a closet at the front of the plane. “I watched her walk to the front of the plane with it,” Man said after the incident, “and I heard a crash. I knew immediately what had happened.”

Unfortunately, the attendant dropped the pipa, causing serve damage to the $50,000 instrument. Man claims the attendant didn’t offer an apology, and USAirway’s curt response was simply: “Please fill out a Passenger Property form.”

And then there’s cellist Paul Katz’s harrowing tale of being forced to check his 1669 Guarneri cello in the bowels of a WestJet flight, an edge-of-your-seat story he related—in present tense—in the Boston Globe:

“The violent takeoff on a bumpy runway and ensuing turbulence … make me realize I have made one of the biggest mistakes of my life. I am near nervous breakdown; my imagination is out of control. I see my cello in pieces, fingerboard off, cracks in the back and—worst of all—the bridge pushed through the top.”

Luckily, his cello survived unscathed, but German cellist Alban Gerhardt wasn’t so lucky. Last year, his $20,000 cello bow arrived in Chicago on a flight from Dulles snapped in half. “My bow must have moved out of its cover, and instead of putting it back in, they just slammed the case shut and broke the bow that way over the bridge,” he told The Strad magazine.

Perhaps the most notorious incident involved Canadian musician Dave Carroll who found his guitar smashed after a flight in 2009, and wrote a song and a book about it, both called “United Breaks Guitars.” His YouTube video of the song, which has been viewed nearly 14 million times, has become a case study of how social media can damage a company’s image.

Confusing rules and conflicting policies notwithstanding, the vast majority of instruments do arrive safely at their destinations. Still, words like “majority” offer little solace to people who make a living with what’s packed in their luggage.