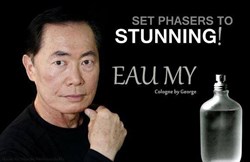 George Takei is a man of many guises: Starfleet lieutenant on “Star Trek;” semi-regular on the “Howard Stern Show"; social media darling, outspoken advocate of gay rights, and he recently launched a unisex perfume called Eau My, a reference to his famous catchphrase, “Ohh, myyy!” “Allegiance,” His musical about the Japanese-American internment camps during World War II is Broadway-bound. This weekend he plays the role of narrator as he joins the BSO for a Sci-Fi Spectacular. We caught up with Mr. Takei for a couple of quick games of “Complete this Sentence…” and “This or That?”

I like doing these Sci-Fi Symphonies because …  No. 1, they’re fun. No. 2, I get to share the fun with sci-fi geeks and nerds who love music. And No. 3, it’s particularly great coming back to Baltimore to work with the Baltimore Symphony. I’ve been exposed to a lot of symphony orchestras and this is one of the top.

If I could be a virtuoso at any instrument, it would be … piano. As a kid I had to take piano lessons because my mother thought we should know something about it. Unfortunately, I got caught up with college and building a career and I haven’t kept up. I can still play “Für Elise” —my recital piece.

If I were not an actor, I’d be … an architect. That’s what my father wanted to be, and as a good son, I began my college career as an architect.

The actor, living or deceased, I admire most is … Richard Burton. He was the star of my first feature film, “Ice Palace.” I found him to be an absolutely charismatic person and a fantastic actor. This was his “pre-Elizabethan period.” Taylor, that is.

George Takei is so popular on Facebook because … humor is what ties a diverse and disparate society together. Whether old or young, political right or left, nerd or a geek or an extroverted social butterfly, humor binds us all together.

The “Star Trek” cast member most likely to wear Eau My would be … Michael Dorn (Worf from “Star Trek: The Next Generation”). He plays a Klingon, but he’s a very style and fashion-conscious guy. And I think Leonard Nimoy would wear it, too. 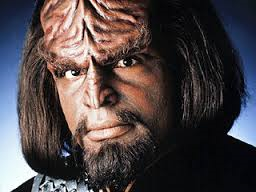 One of the most memorable things anyone has ever said to me at a sci-fi convention is … A young Asian-American told me he had a drug problem, but after he saw me on television he decided to go straight out of sheer determination to make something of himself.

I love Trekkies because … they are people who unashamedly act on their passions and you don’t see too much of that in our society. There are too many conformists. These are rugged individualists.

I’ve beamed down to the planet Alfa 177, but I’ve never been to … Lhasa, Tibet, the tallest civilization on this planet. I would love to go. 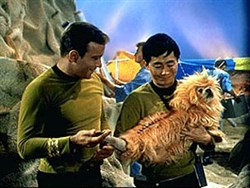 If I could have five minutes with Vladimir Putin, I’d tell him … you’re going to have to change! There would be a whole lot of words to share with him.

If I could go back in time—without altering the space-time continuum, of course—I would like to see … 15th-century England and watch Shakespeare move about that Elizabethan society.

Everyone should go see “Allegiance” because … it’s a dark but important part of American history that we need to learn from, but the show is engaging and uplifting. And there’s glorious music!

The thing I recall most vividly about my family’s internment during World War II is … that as a child between 5 and 8, it was an adventure. The first camps were in the swamps of Arkansas. I’m a Southern California kid and so that was an exotic place. The second one was in a dry lake bed in Northern California. To be very honest, I had fun, and it was an adventure going to those places. Now as an adult, I know what my parents went through. It was a traumatic, heartbreaking experience to be stripped of everything.

I never leave home without my … watch and wedding ring.

The greatest thing about marriage is … it’s a comfort. We’ve been together for 26 years. It’s beyond the lust. It’s comfortable. We know each other. We support each other. The love grows deeper.

The thing I like about Baltimore is… former mayor William Donald Schaefer. I’m inspired by him. I remember coming to Baltimore when the Inner Harbor was the “Inner Sewer.” That one man’s vision, imagination and “can do” competence transformed that.

The best thing about getting older is … all these wonderful experiences that I have now. I’m going to be 77 in April. I’ve had all these rich experiences and I think it’s wonderful. My grandmother lived to 104 years old, so I’ve got a lot of living to do. As they say on “Star Trek,” I do want to live long and prosper.

THIS or THAT, GEORGE?

Beethoven or Mozart?
Apples and oranges. I love Mozart. But Beethoven is so stirring.

Captain Kirk or Captain Picard?
I lived with Kirk. He was Sulu’s inspiration to become a captain, so I’ll go with him.