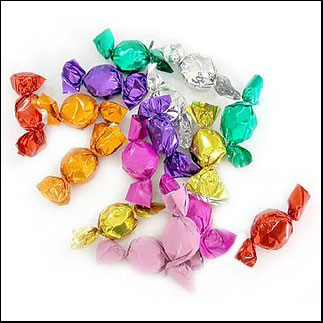 You know the one: the audience member with the hacking cough who tries  to unravel a cough drop, but whose apathy towards those around him/her only makes each torturous crinkle of the wrapper worse. Or the guy in the next row who checks his cell phone throughout the entire performance of Mahler’s Symphony No. 9 and then claps between movements. Or even the police-like “shushers” who end up making more noise than the person they were trying to quiet. Really, what is an etiquette-minded concertgoer to do?

Inappropriate behavior by audiences at classical music performances--and what constitutes inappropriate behavior-- has been a hot topic for years. Some orchestras, like the Detroit Symphony Orchestra, have decided to embrace the smartphone trend by allowing audience members to record and post concert segments on social media sites.

Other symphonies have experimented with “tweet seats,” specially reserved sections where tweeters can send updates without distracting others.

But then there are musicians like Polish pianist Krystian Zimerman who stopped playing in the middle of a concert when he saw someone using a phone to record his performance.

Or conductor Michael Tilson Thomas, who was leading the Chicago Symphony Orchestra, when he famously tossed cough lozenges at the audience that wouldn’t stop coughing.

But are we being too restrictive? Too inhuman?

Richard Dare, former CEO and managing director of the Brooklyn Philharmonic argued that we’ve taken all the life out of classical music performances, transforming them into police states.“The most common practices in classical music venues today represent a contrite response to a totalitarian belief system no one in America buys into any more . . . It is counter to our culture. And it is not, I am certain, what composers would have wanted: a musical North Korea.”

True, audiences of 100 years ago were entirely different. Concertgoers routinely clapped between movements--or while the musicians were still playing. Talking wasn’t considered a shootable offense. In the 1840s, the pianist Alexander Dreyschock was chastised for playing “so loud that it made it difficult for the ladies to talk.” Composers, conductors and the musicians themselves expected loud and raucous crowds; otherwise, they didn’t feel appreciated. Now, we freak out when the lady with the big hair sitting in front of us shifts in her seat too much.

So which side do you come down on? Should audiences sit reverential as if worshiping the classical music gods? Or do we take performances too seriously? And, which audience behaviors do you find the most distracting? Visit our Facebook page and let us know what you think. Feel free to be as boisterous as you’d like.