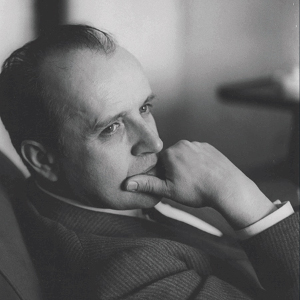 Revelations that Mamoru Samuragochi, a.k.a. the “Japanese Beethoven,” had a ghostwriter pen his compositions over the past 18 years have been all over the news lately. (It was also revealed that the composer isn’t really deaf!) But Samuragochi is far from the first fraud to rock the classical music world. Here are five more that made the headlines.

The British pianist Joyce Hatto became a critics’ darling toward the end of her life when a series of recordings were released by her record company-owning husband, William Barrington-Coupe. “The greatest living pianist that almost no one has ever heard of,” opined the Boston Globe, following the lead of dozens of other publications. But a year after Hatto’s death in 2006, it was revealed that her husband had digitally manipulated and inserted other artists’ performances into his wife’s recordings, claiming they were her own. Barrington-Coupe claimed that Hatto was unaware of the deception, and that he had done it out of love for his wife, who was dying of cancer and had been spurned by the classical musical establishment earlier in her career. Others believe Hatto was in on the scheme the entire time. A BBC biopic called “Loving Miss Hatto” was screened on the BBC in 2012—and was very well-received.

Rosemary Brown was another famous English pianist—only she did perform her own material. Well, sort of. Brown was a psychic medium, who claimed dead composers—from Brahms to Bach to Liszt—dictated entire compositions to her. “I seemed to lose control of my hands; it was as though someone were guiding them,'” she said of the first time she received a piece of music from Liszt, according to her 2001 obituary in The New York Times. The obit also told of how she’d describe the composers in humorous detail, noting about Beethoven that he was no longer deaf and had lost “that crabby look.”

Brown actually gained some credibility in the 1960s, performing at New York’s Town Hall and on “The Tonight Show” with Johnny Carson. Even British composer Richard Rodney Bennett seemed convinced of her psychic powers. He said that when he couldn’t complete one of his compositions, he asked Brown, who passed along a recommendation from Debussy—which worked. “If she is a fake, she is a brilliant one,” he said in an interview in Time magazine.

Brown died in 2001—and she, nor Liszt, have been heard from since.

The Bernie Madoff of the Violin World

International violin dealer Dieter Machold supplied some of the world’s top players with 17th- and 18th- century instruments by Italian masters, including Antonio Stradivari, Guarneri del Gesù, Carlo Bergonzi and JB Guadagnini, among others. But he’s been in an Austrian jail since 2012, serving out a six-year sentence for fraud and embezzlement. Turns out, he “fiddled” more than $250 million from investors, faking the provenance of instruments and inflating prices more than 75 percent. “You played high and lost big,” said Austrian judge Claudia Moravec-Loidolt, as she pronounced sentence two years ago.

A Scandal of Wagnerian Proportions

In February 2010, Michael Dewitte, executive director of the famed Salzburg Easter Festival was accused of funneling thousands of euros of sponsors’ donations into foreign bank accounts, fudging expenses, and paying for services that were not actually used by the festival. The scandal widened after the festival’s technical director, Klaus Kretschmer, was similarly accused, and was later found lying unconscious beneath a bridge in an apparent failed suicide attempt. The allegations led Gabi Burgstaller, the governor of Salzburg and the festival’s official president, to describe the event as a “self-service shop,” according to The Independent. Dewitte and Kretschmer were dismissed.

In 1972, the famed Italian movie score composer Nino Rota, who had written the music for director Federico Fellini’s finest films, including “La Strada,” “Nights of Cabiria,” and “8 ½,” was nominated for an Academy Award® for Best Original Score for his work on “The Godfather.” But then he wasn’t. Rota’s score was disqualified because part of the music for the love theme had previously appeared in the 1958 comedy “Fortunella,” which Rota had also scored. (Of course, in this case, members of the Motion Picture Academy are likely more guilty of the oversight than Rota.) In a bizarre twist, Charlie Chaplin won the best score award that year—the only Oscar win of his career—for his 20-year-old film, “Limelight,” which was only eligible because it did not screen in Los Angeles until 1972. A year later, the Academy tried to redeem itself by picking the “The Godfather Part II” for Best Original Score, even though it featured the same love theme that made the 1972 score ineligible. Chalk it up to mafia influence? Forgetaboutit…