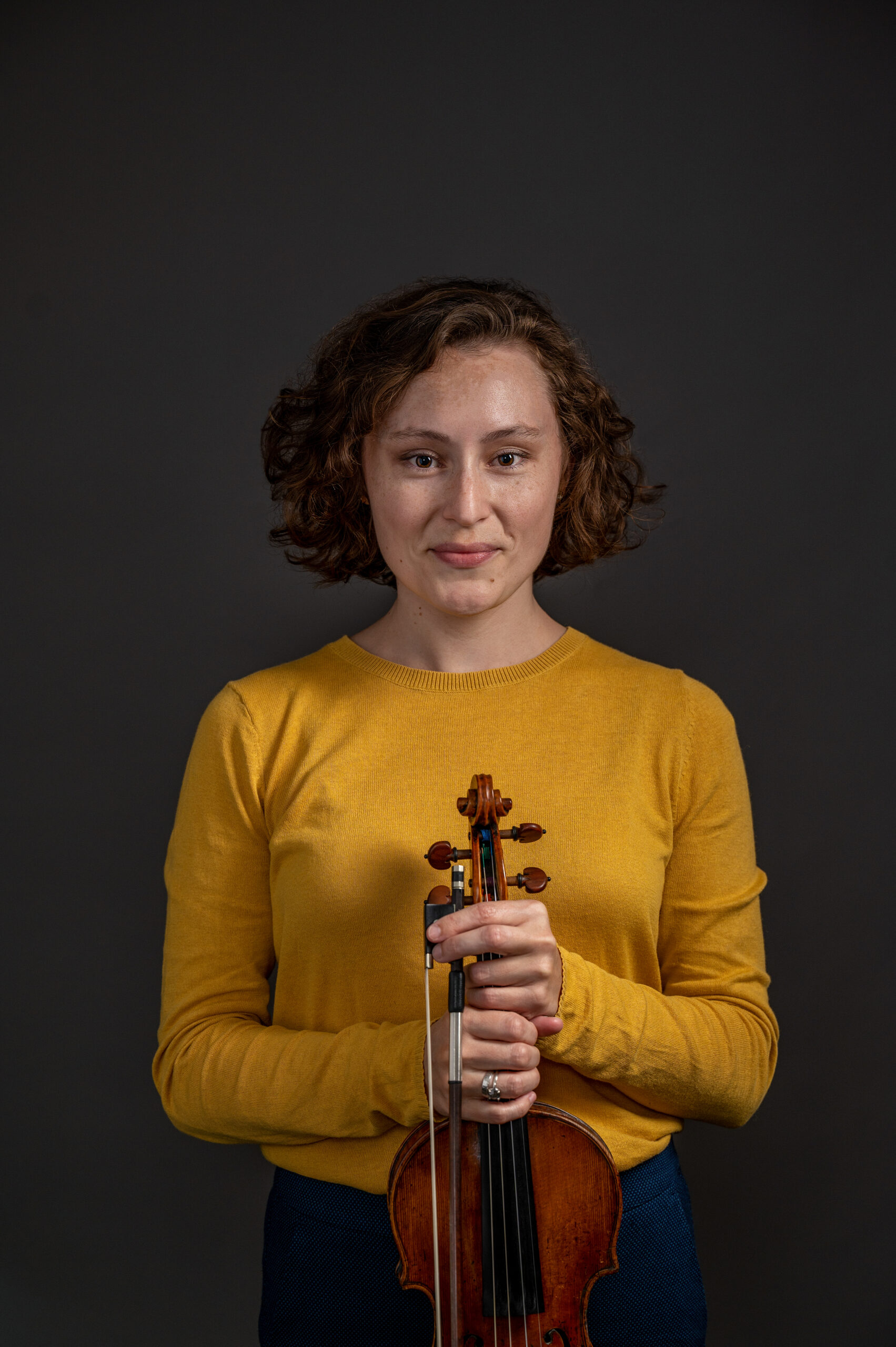 Newly appointed Associate Concertmaster Audrey Wright first joined the Baltimore Symphony Orchestra as Fourth Chair Second Violin in September, 2016. A versatile performer in solo, chamber music, and orchestral realms, Audrey has previously held positions with the Excelsa Quartet (2014-16) and New World Symphony (2013-14). Her repertoire spans the early 17th century to modern day, and her performing experience includes the full spectrum of these musical styles from Baroque performance practice to the premiering of new and personally commissioned works. While a member of the Excelsa Quartet, Audrey traveled throughout North America and Europe giving concerts and competing in international competitions. The quartet worked closely with members of the Guarneri, Emerson, St. Lawrence, and Juilliard quartets, and in 2015 commissioned and gave the world premiere of John Heiss's Microcosms. Audrey has been a participant of the Verbier Festival (Verbier CH) for the past six years, and has been a member of the festival's Chamber Orchestra directed by Gábor Takács-Nagy since 2014. At the Verbier Festival, she has performed as concertmaster under the direction of Gábor Takács-Nagy, Michael Tilson-Thomas, Kent Nagano, Iván Fischer, and Charles Dutoit. She has performed in such chamber orchestras as the Saint Paul Chamber Orchestra (Saint Paul, MN) and the Discovery Ensemble (Boston, MA), and has appeared as guest artist with the St. Lawrence String Quartet, Axelrod String Quartet, Borromeo String Quartet, and Boston Trio. Solo appearances include concertos with the New World Symphony and Cape Cod Symphony. Audrey has appeared on many concert series in the area, including Community Concerts at Second, Pro Musica Rara, and the Smithsonian Chamber Society, where she has performed on the exquisite instruments within the Smithsonian Instrument Collection. She has collaborated with artists such as Mayron Tsong, Paul Watkins, Roger Tapping, John Heiss, and John Gibbons, as well as pianist Christopher O’Riley on the national radio program “From the Top”. Most recent festival appearances include the Verbier Festival (Verbier, CH), Manchester Summer Chamber Music (Ipwich, MA), Great Lakes Summer Chamber Music Festival (Detroit, MI), Kneisel Hall School of Music (Blue Hill, ME), and the McGill International String Quartet Academy (Montreal, QC).

In addition to performing, Audrey is also passionate about teaching. She was Director of the Homewood Chamber Music Seminar at Johns Hopkins University from 2017-18 and maintains a small studio of private students. Previously, she coached chamber music at the University of Maryland School of Music, and held teaching positions at the International School of Music in Bethesda, MD, Beechwood Knoll Elementary School in Quincy, MA, and Panama Jazz Festival in Panama City, Panama.

Audrey completed her undergraduate and masters studies at the New England Conservatory (B.M. '11, M.M. '13), earning the prestigious Chadwick Medal. She is currently a Doctor of Musical Arts Candidate at the University of Maryland College Park. Her principal teachers include David Salness, Lucy Chapman, Bayla Keyes, Jennifer Frautschi, and Magdalena Richter. Audrey plays on a violin bow made in 2000 by Paul Siefried generously on loan from The Maestro Foundation.