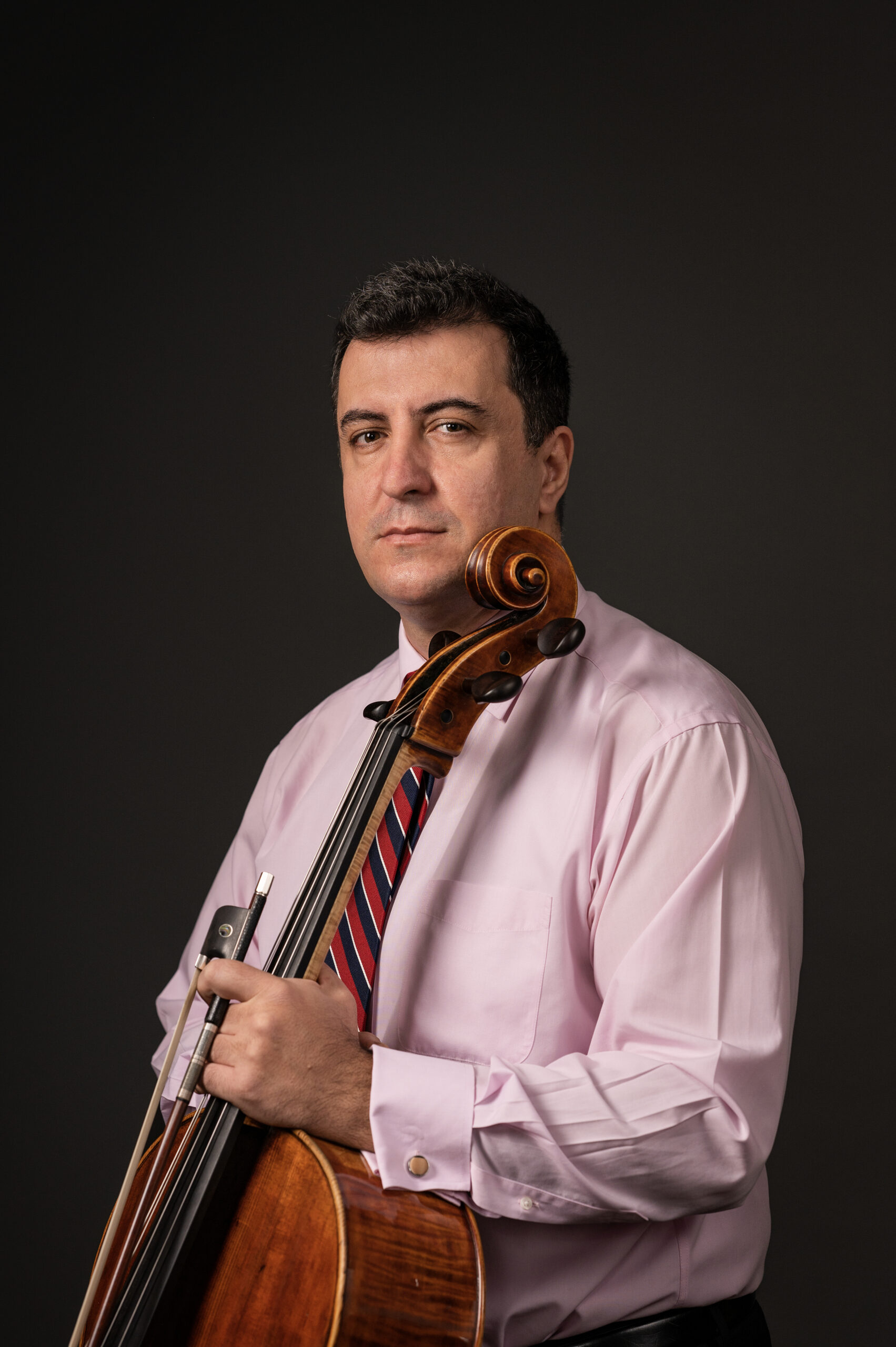 Hailed for his “seriousness and depth of an authentic concert soloist”, Holgen Gjoni has been steadily gaining a reputation as one of the most sought after cellists of his generation and has performed as soloist and recitalist throughout the United States, Europe and Asia. Winner of the 1-st Prize at the “John Hsu” and “Nancy Tumarkin” New England Conservatory Cello Concerto Competitions, 2-nd Prize at The Juilliard Concerto Competition, 1-st Prize at Bucharest Music University Concerto Competition, 2-nd Prize at the “Mihail Jora” International Cello Competition, Special Prize at Jeunesse Musicales International Cello Competition, Karl Zeise Memorial Cello Award for Outstanding Commitment of Talent from the Boston Symphony Orchestra, the Presidential Award from The Boston Conservatory, Jerome L. Greene Fellowship Award from the Juilliard School and the Gregor Piatigorsky Fellowship at the New England Conservatory, he has been praised internationally by critics for his “technique, beauty of sound and emotional projection”, “tempestuous musical sensibility, marked by an ineffable luminosity of expression”, “an elite musician”, while the legendary Yo-Yo Ma writes of him as “a cellist of great talent”.

Highlights of his versatile career include performances at Carnegie Hall, Avery Fisher, Alice Tully and Merkin Halls, Kennedy Center, Strathmore, Jordan, Seiji Ozawa and Tchaikovsky Concert Halls, Berlin and Budapest Opera Houses, Vatican, Tokyo City Opera, Shanghai Center Theatre and Beijing Century Theatre. Since his solo debut with Korca String Orchestra (Albania) at the age of twelve, Mr. Gjoni went on to play as soloist with numerous orchestras, including the Radio Chamber Orchestra (Romania), Radio and Television Orchestra (Albania), Greeley Philharmonic in Colorado (USA) and Symphony by the Sea Orchestra in Massachusetts (USA), while touring extensively around the world as the featured soloist of the Symphonia Orchestra (Italy) and the Philharmonie of the Nations, in solo performances as an Ambassador of Peace before a Papal audience at the Vatican. An avid chamber musician, Mr. Gjoni's collaboration with the Borromeo String Quartet (Avery Fisher Grant winner) was praised by The Boston Musical Intelligencer: “The round, full bodied tones of guest cellist Holgen Gjoni were especially notable.”

A Virtu Foundation scholar, Mr. Gjoni was a visiting cello faculty at The Boston Conservatory (2011-2014), where his “Cello Physics” master class was enthusiastically received by a sold out audience. He has been invited to teach and perform at Vianden International Music Festival, (Luxembourg), Saarburg International Music Festival (Germany), University of Northern Colorado and the University of Arts in Tirana, (Albania). Mr. Gjoni served as teaching assistant at the Juilliard School and Assistant Director of Young Artist Program at the Cactus Pear Music Festival. Mr. Gjoni joined the cello sections of the San Antonio Symphony in September 2015 and the Baltimore Symphony Orchestra in 2022. He is a Lecturer in Cello Performance at the University of Texas in San Antonio as well as Adjunct Professor of Cello, Founder and Artistic Director of the Chamber Music Series at St. Mary’s University.

Holgen Gjoni holds degrees from New England Conservatory, the Juilliard School, Boston Conservatory and National University of Music in Bucharest, having studied with Paul Katz (cellist of the Cleveland String Quartet), Bonnie Hampton (disciple of Pablo Casals and Zara Nelsova), Andrew Mark and Marin Cazacu. He was selected to play in masterclasses for Yo-Yo Ma, Janos Starker, Natalia Gutman, Franz Helmerson, Radu Aldulescu and has extensively worked with chamber music experts such as Joel Smirnoff, Samuel Rhodes and Joel Krosnick of the Juilliard String Quartet, Donald Weilerstein and Martha Katz of the Cleveland String Quartet, Michael Tree of the Guarneri String Quartet, Norman Fisher and Mark Sokol of the Concord String Quartet and Pamela Frank, to name a few.