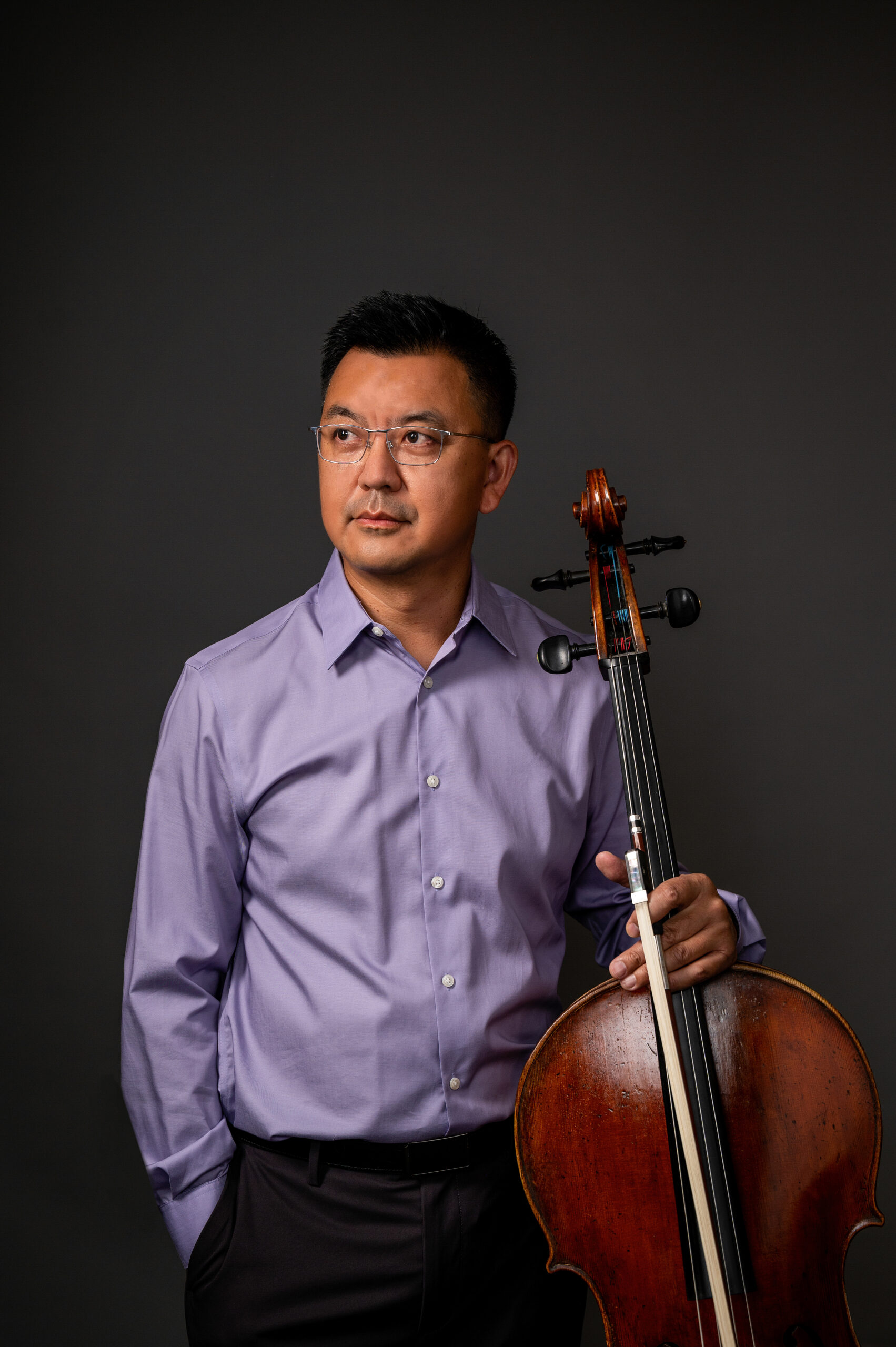 Among the prizes he has received, Bo Li was a prizewinner at the 9th Tchaikovsky International Competition and the First National Cello Competition in China.  He won the Concerto Competitions at New England Conservatory and Illinois State University and awards by Cultural Department of China and Presser foundation in the US.

An active chamber musician, Bo Li performed in US, South America, Europe, Asia and collaborated with many of the world’s leading musicians.  Passionate with teaching, he taught at music festivals and institutes throughout the U.S. and abroad. He is a co-founder and director for the Master Players Festival in Delaware and a distinguished visiting professor to Wuhan Conservatory and Huazhong University of Science and Technology in China.

He was featured on Voice of America, Free Talk Asia and China Central TV. He made several recordings, including a solo CD released by Tian-Tian in Beijing and chamber music CDs by Hugo in Hong Kong and Meyer Media in the US.

Bo Li came from a musical family. After attending the Wuhan and Shanghai Conservatory of Music in China, he finished his education at Illinois State University with Ko Iwasaki and at New England Conservatory with Colin Carr and Laurence Lesser where he was awarded the Presidential Award.  Currently he is a cellist with the Baltimore Symphony Orchestra and a frequent guest to many other major orchestras.