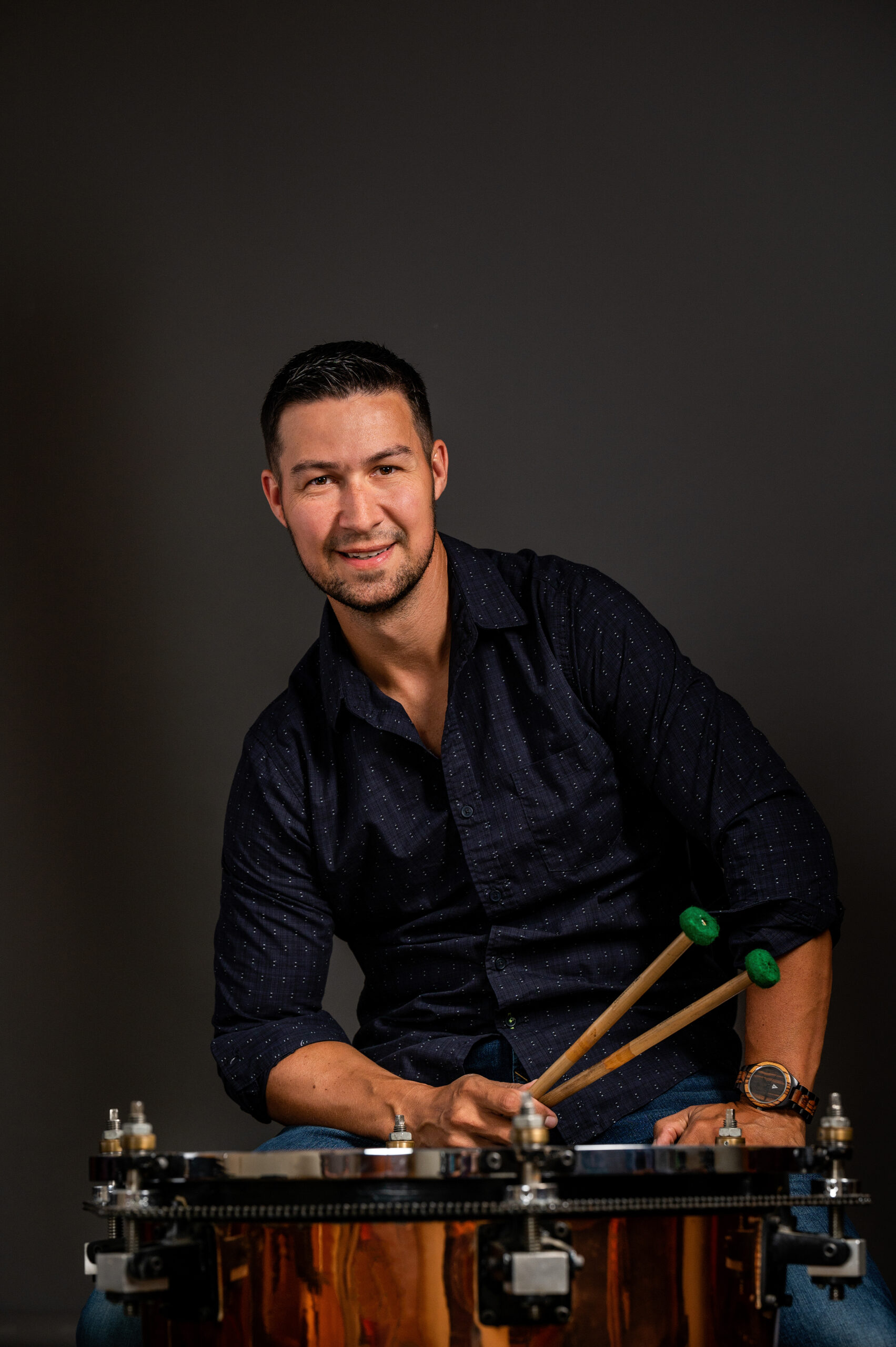 James earned his Bachelor of Music from Baldwin-Wallace College in 2006, where he studied with Josh Ryan. During his studies he focused heavily on solo, chamber and non-western music and was part of a bata drumming trio. The following year was spent studying privately with Cleveland Orchestra Timpanist, Paul Yancich. Afterwards, James attended Carnegie Mellon University to study timpani with Timothy K. Adams, earning his Master of Music degree in 2009. His other teachers include Paul Evans, Chris Allen and Jeremy Branson.

James is also served as guest Principal Timpanist on multiple occasions with the Cabrillo Festival Orchestra in Santa Cruz, CA.