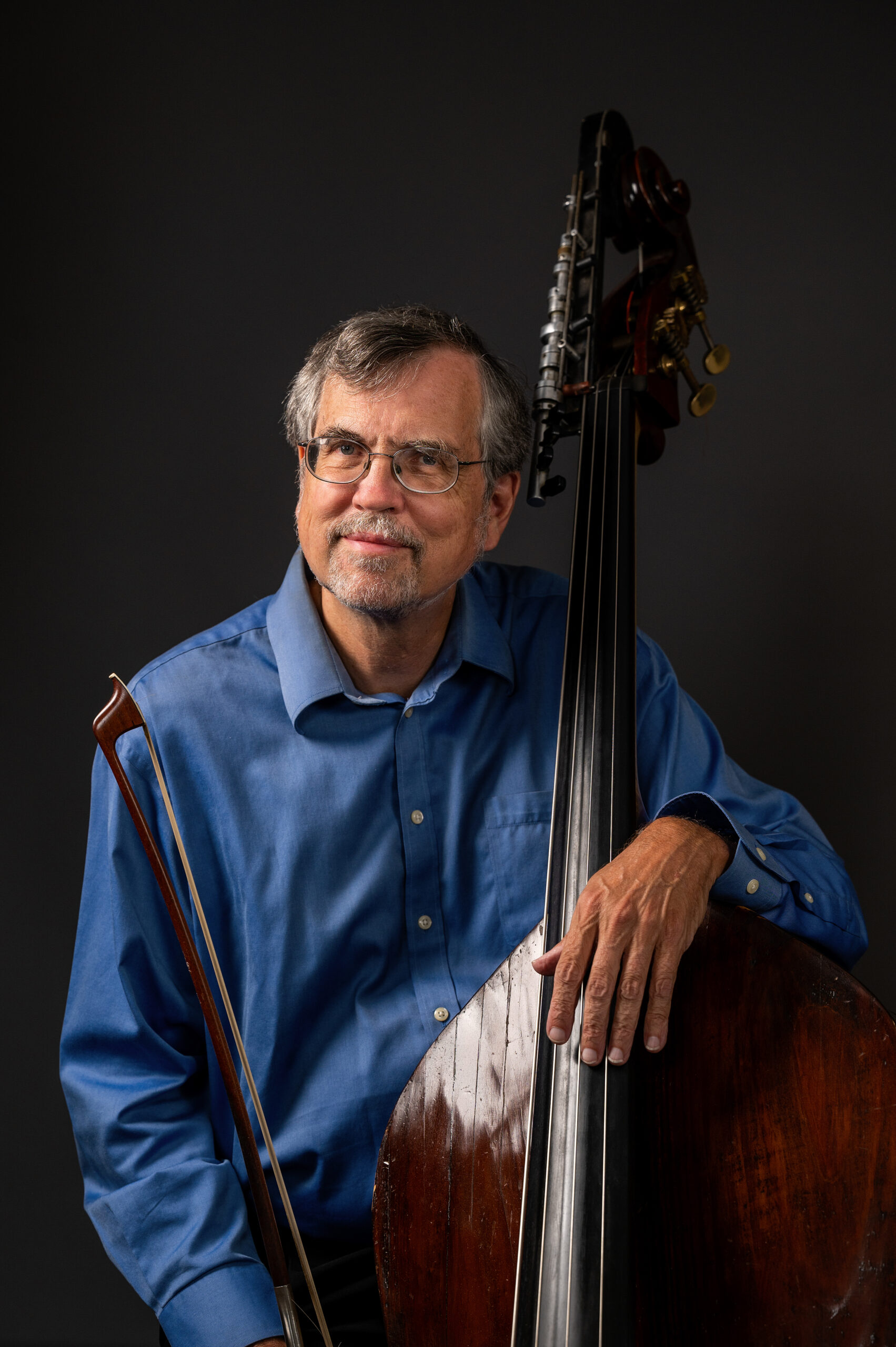 I've been called a “musical chameleon.” Though best known as a BSO bassist, I also play piano for local folk and ballroom dance groups, and mandola with the Baltimore Mandolin Quartet. I’m a songwriter and published arranger/composer. In fact, two of my orchestral arrangements have been performed on international tours by the BSO. And the BSO has asked me to fill in on the keyboard, mandolin, banjo, tin whistle and percussion when the occasion calls for it.

For the past 15 years, BSO percussionist Chris Williams and I have been performing in elementary school classrooms. We’ve put together an entertaining presentation about the musical families of instruments which requires me to play double bass, tabor pipe, psaltery, ocarina, panpipes, flute, bamboo clarinet and my own “Home Depot bassoon” that I made from plastic tubing.

Lately, I’ve turned my attention to the stage. I had an idea that the mayoral years of the late Governor William Donald Schaefer would make a great subject for a musical. I started writing some of the songs when he passed away in 2011, and really got excited about making this work.

With Baltimore playwright Rich Espey’s help,Do It Now was born. The first song I wrote was the energetic title song, inspired by Schaefer’s well-known mantra. There are big production numbers that highlight historic moments, such as the seal pool swim, as well as more intimate scenes, like a torch song sung by his longtime companion Hilda Mae Snoops. It has had two well-received readings, but I’m still exploring production possibilities. My dream would be to see it on the stage, because I think it could really be a hit.

Another little thing I do that has earned me some notoriety within BSO circles is my role as the unofficial musical tribute writer. Whenever there’s a retirement, anniversary, birthday, etc., they call on me to come up with a little song parody to mark the occasion. I have a lot of fun doing it. I’ll never forget the goodbye song I composed for [former BSO music director] Yuri Temirkanov. It was written to the tune of “I’ve Got Rhythm” and was sung in both English and Russian. People from the Orchestra even got up to sing and dance!