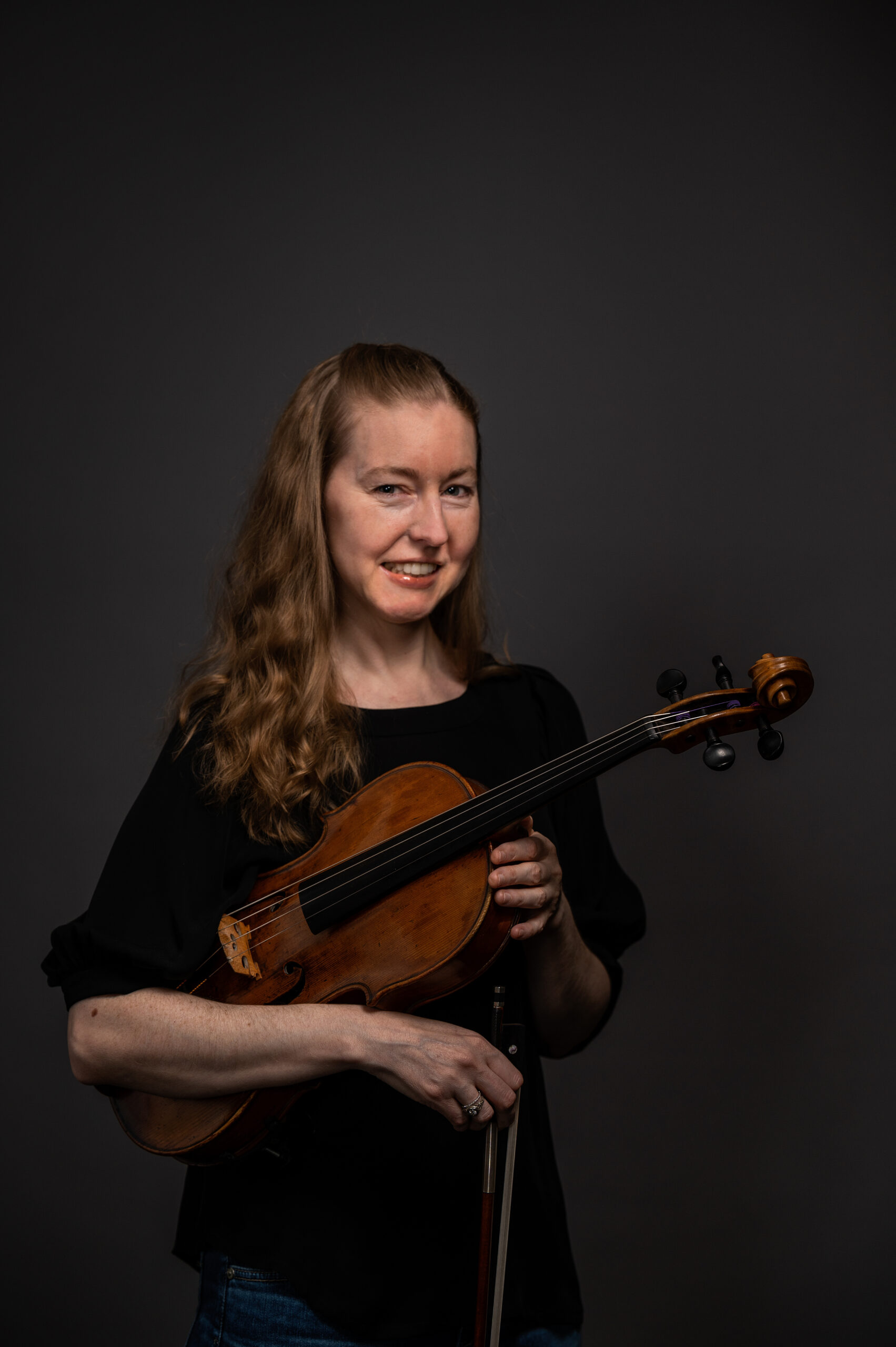 Karin Brown received critical acclaim for her “strikingly rich and warm tone” (The Strad) after making her solo recital debut at Carnegie Weill Hall. Ms. Brown is Assistant Principal Violist of the Baltimore Symphony Orchestra, and performs frequently as soloist and chamber musician in the Baltimore/Washington area. She made her Baltimore Symphony Orchestra concerto debut performing the Britten Double Concerto, of which The Baltimore Sun noted “Karin Brown sculpted her phrases in a rich, subtly shaded tone.” Her Chicago recital debut took place with live radio broadcast at the Dame Myra Hess series. Ms. Brown was hailed “a notable soloist” by the Washington Post after her performance of Bach’s Sixth Brandenburg Concerto with the Baltimore Symphony. Recent performances include collaborations with the contemporary music group Alarm Will Sound, members of eighth blackbird and the Borromeo Quartet, as well as performances of Britten’s Lachrymae with the Baltimore Symphony Orchestra. Ms. Brown has served as juror, Laureate recitalist, and masterclass clinician at the William Primrose International Viola Competition, and returned as Laureate recitalist and masterclass clinician. She has been a guest artist at the Oberlin Conservatory for a teaching and performance residency and serves as faculty at the National Orchestral Institute (NOI). More recently, she has collaborated with her viola section colleagues at the Baltimore Symphony as part of an online performance series called “Lunch Bachs” during the COVID-19 pandemic.

Ms. Brown has been a prizewinner in numerous competitions, including the William Primrose International Viola Competition and the National Federation of Music Clubs Competition. She has been featured in Caramoor’s “Rising Stars” series, and gives masterclasses and recitals across the country. An advocate for new music, she has performed several premieres, and strives to program music by women composers, lesser known masterworks, and American music. She has been a frequent performer and clinician at American Viola Society Festivals, most recently performing the world premiere of violist/composer Christian Colberg’s work The Rant. In addition, with violist Renate Falkner, she has performed and lectured on pedagogue Roland Vamos’s celebrated double stop exercises. While still a student at Juilliard, Ms. Brown was a frequent substitute with the New York Philharmonic and Metropolitan Opera, joining each for several international tours. She has performed on numerous major motion picture soundtracks.

She received her Bachelor’s degree from the Oberlin Conservatory of Music and her Master’s degree from the Juilliard School, where she was a recipient of the Nathan Gordon Memorial Viola Award. Ms. Brown has studied with Cynthia Phelps, Roland and Almita Vamos, Lynne Ramsey, Samuel Rhodes, and Zoya Leybin. A committed teacher, she has been recognized as Outstanding Teacher of the Year by the American String Teachers Association, Maryland/DC chapter. She serves as faculty at the Baltimore School for the Arts, and previously at NOI/Pacific Music Institute in Honolulu, Catholic University, Apple Hill, Foulger International Music Festival and the Killington Music Festival. She maintains a private studio of violin and viola students, and her students have been accepted to the New World Symphony, the Juilliard School, Oberlin, Eastman, New England Conservatory, University of Michigan, Rice University, the Cleveland Institute of Music, and Peabody.