A unique relationship started it all, and the Hall’s acoustical design conceived of a series of convex curves that avoided ninety-degree angles put Baltimore and the Orchestra in a new national light.

Follow along as we celebrate the Meyerhoff’s origin story, and 40 years of musical moments that have lifted hearts and nurtured young minds.

Beginning November 2022, local artists share their own interpretations of the unique architectural design of the entirety of the Joseph Meyerhoff Symphony Hall and this building’s cultural significance in Baltimore City.

The Joseph Meyerhoff Symphony Hall has been the owned home of the Baltimore Symphony Orchestra since its opening in 1982. Ground was broken for the hall in November 1978 to provide the BSO with an exceptional concert hall befitting a world-class orchestra.

During the 2022-23 Season the hall celebrates it's 40th Anniversary as a cultural institution in the city of Baltimore. To commemorate this milestone, the BSO asked local artists to consider the unique architectural design of the Joseph Meyerhoff Symphony Hall, the energy and benefit to our broader community, and the building’s cultural significance in Baltimore City.

Three artists - Yewande Kotun Davis, Jaz Erenberg, and Natasha Fray - created pieces that will be on display in the lobby of the hall until February 2023. During that time all pieces will be available for auction, and a portion of the proceeds will support the Baltimore Symphony Orchestra.

Interested in owning a piece of cultural history? Check back soon for details of the upcoming auction! 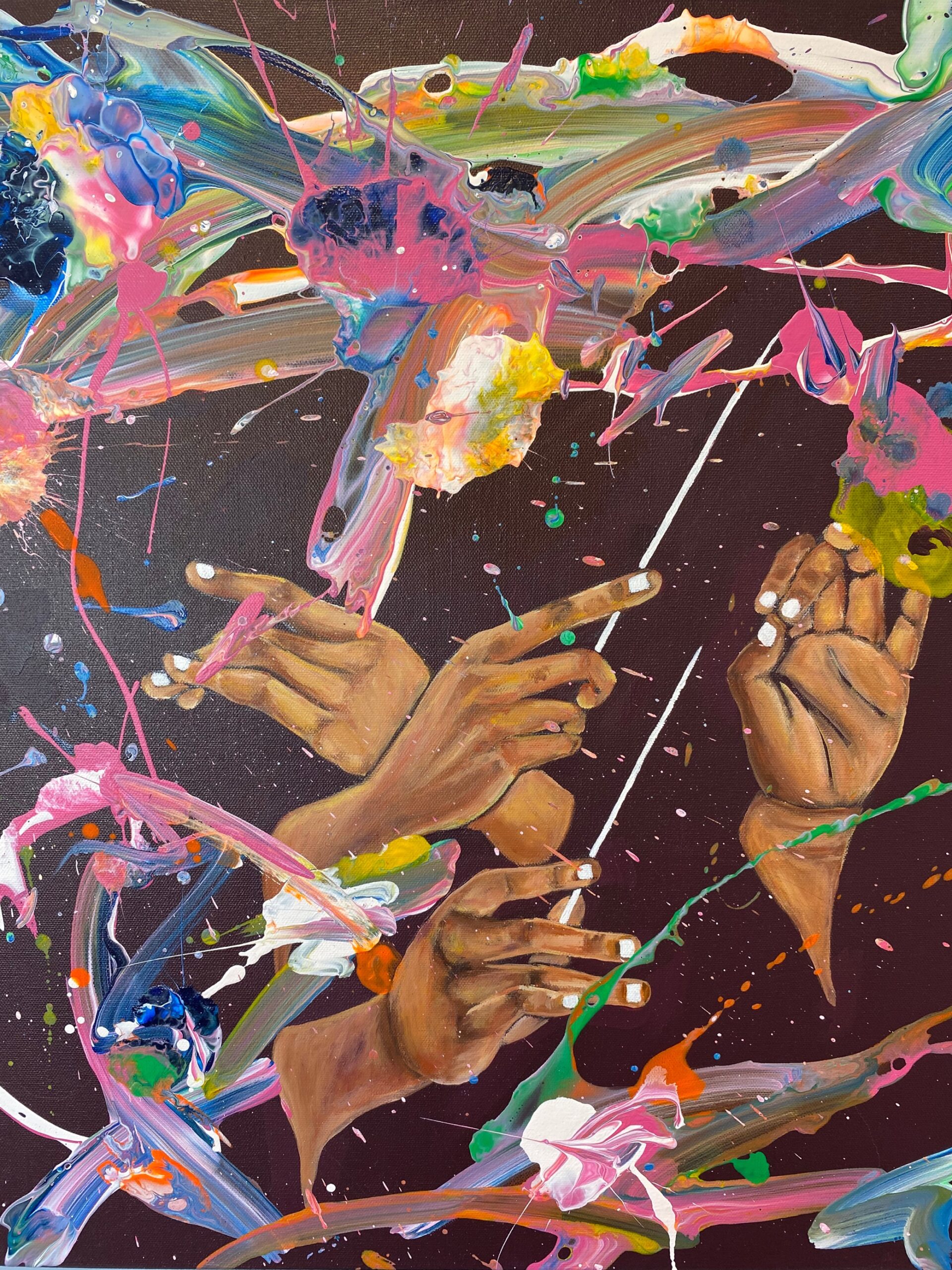 Title: The Hands Speak in Volumes 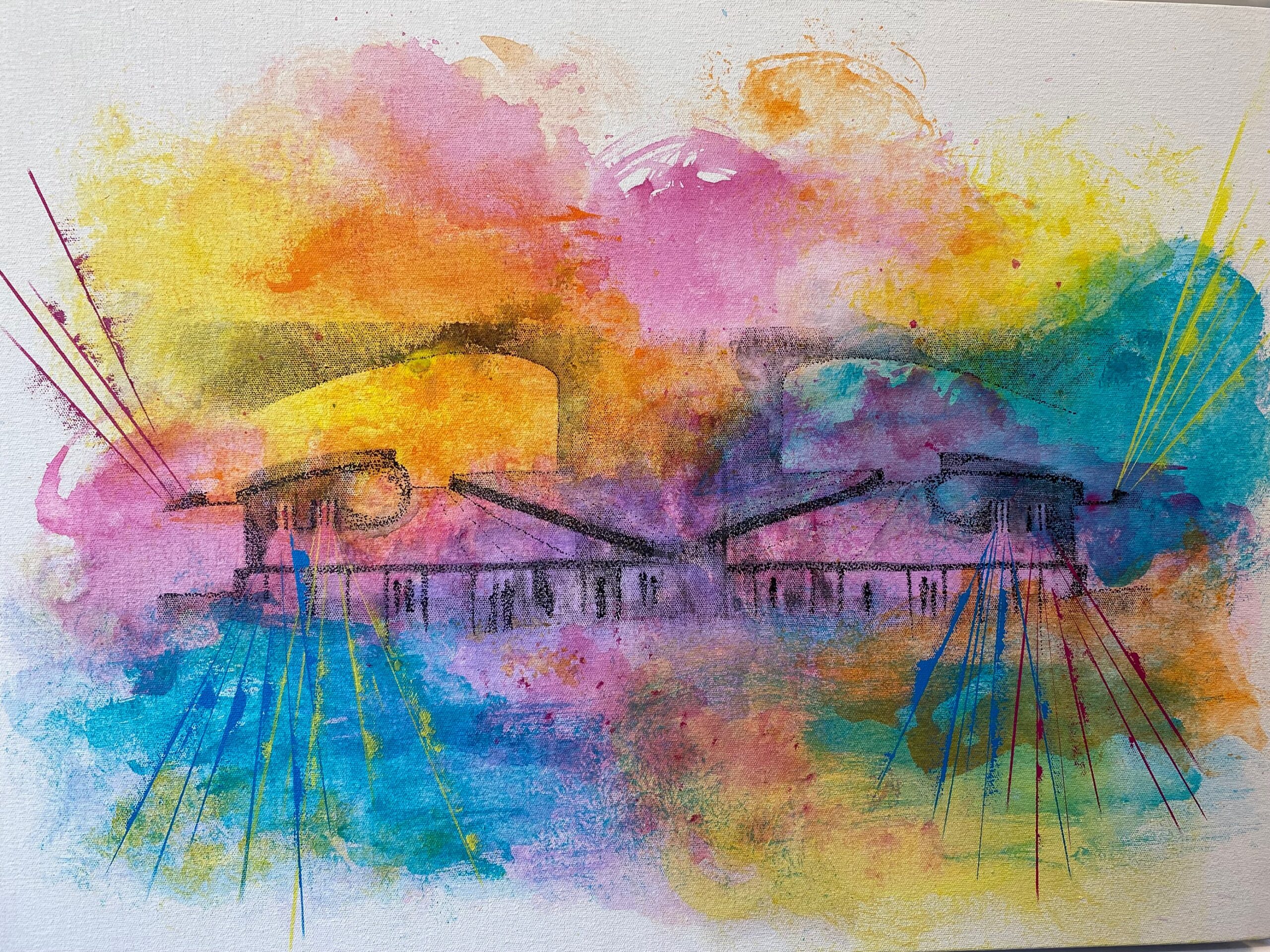 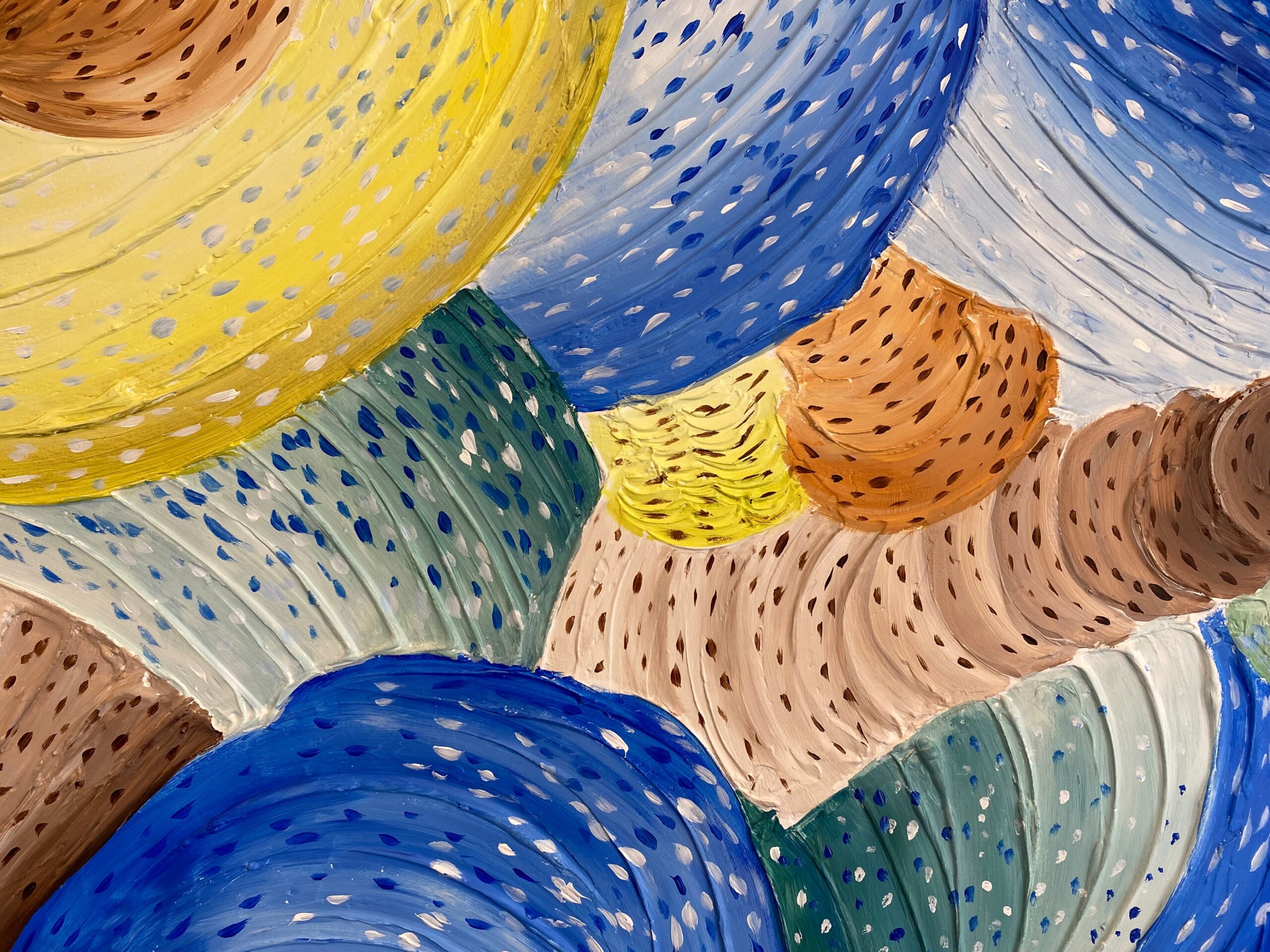